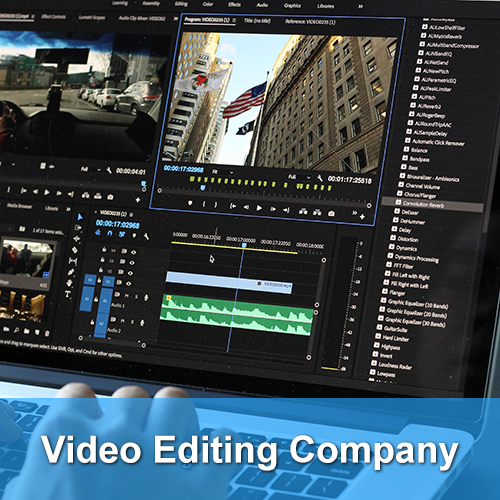 Are you looking for a video editing business? Post-production services are often offered by production companies or video agencies. By definition, post-production would include editing, special effects, and/or animation.

Our post production house will create for you a great finished product at a reasonable price. Call us today for help when you are looking for a video editing business.

“I’m writing to extend my warmest thanks for all your work in editing the video of my speech to the Arab Innovation Summit. I know it was particularly challenging as I delivered the speech in Arabic, but you rose to the occasion and did an excellent job. I appreciate, too, that because it was a tight timeframe, you worked over the weekend to make sure it was ready in time for the summit this week. I appreciate your skill, dedication and willingness to go above and beyond.”Mohamed Lachemi
https://www.ryerson.ca/president/
President, Ryerson University